‘Where did all these people come from’ was the first comment I heard down in the ring. There did appear to be a few more people down there compared to the usual in evidence just before the first. The ‘less than usual but more common recently’ 6 race card didn’t seem to have put people off attending the 32 Red sponsored meeting either. The number of punters was surprise enough but a couple of bookmakers got more than they bargained for when a punter waded in with a couple of £4500-£1000 bets on Saffire Song in the opening 32Red On The App Store Handicap. Those bets no doubt helped the price into 7/2 but there was also money for Drawnfromthepast 14/1 into 9/1 but not of any size. The jolly in opening salvos Pearl Noir opened at 13/8 but drifted alarmingly to 2/1 though still holding the accolade of market leader at the off. Those punters on the favorite and fearing the worst with the apparent unease in the betting needn’t have worried. The rest of the field simply didn’t see which way it went as the gelding won unchallenged.

The big-staking punter didn’t make a reappearance in the second race, the 32Red.com Handicap. While business appeared brisk, ‘this big crowd’s down to half term,’ someone young enough to know these things enlightened us, it was  to modest money. It would be a lie to say that the winner, The Gay Cavalier, was greeted with silence as it passed the post the race winner at 25/1. The one chap who was cheering appeared to be in a majority of the victorious one as bookmakers squinted into their screens to see how much they had copped. Whatever it was would have been most welcome judging by the green glow on their faces. 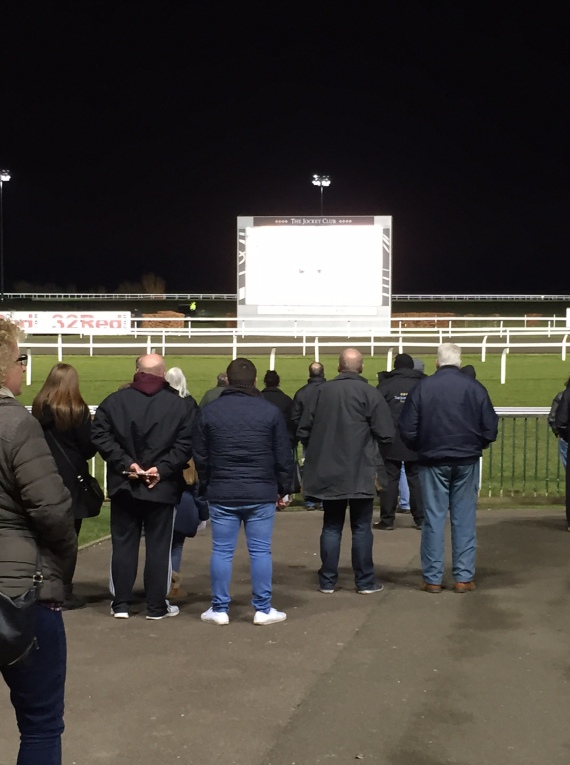 In the third event, the 32RedSport.com Handicap, the public all wanted to be on Feb Thirtyfirst to complete its hat-trick which saw its price tumble from 15/8 into 11/8. The drifter of the fancied horses was Thundering Home who was eased to 4/1 before a flurry of three-figure bets clipped it back into 7/2 again. That money talked but not as loudly as for the winner Par Three who had been solid in the market 5/1 into 4/1 beating the aforementioned duo into the places. In other words the bookies had no chance from a way out so had to give some back to the punters sooner than they’d have preferred.

I’m not sure what the sponsors priced Triple Chocolate up for their £10 Free Bet At 32RedSport.com Handicap but there had been 12/1 and 11/1 available in the morning, also tipped up by  mate Andrew Mount in his free https://gg.com/news/betting/track-bias-diary—wednesday-18-february Trend Horses column. The 11/2 opening show on course didn’t look that special given the morning price but there were plenty of takers resulting in an SP of 4/1. Punters on in the morning would have been in clover when they saw the gamble landed for the Roger Ingram yard by an easy half a length at the line under Jimmy Quinn. On course books may not have come to too much harm though with no lumps reported and 7/2 jolly Strategic Force back in third. I’d imagine things weren’t so clever in the offices, shame. 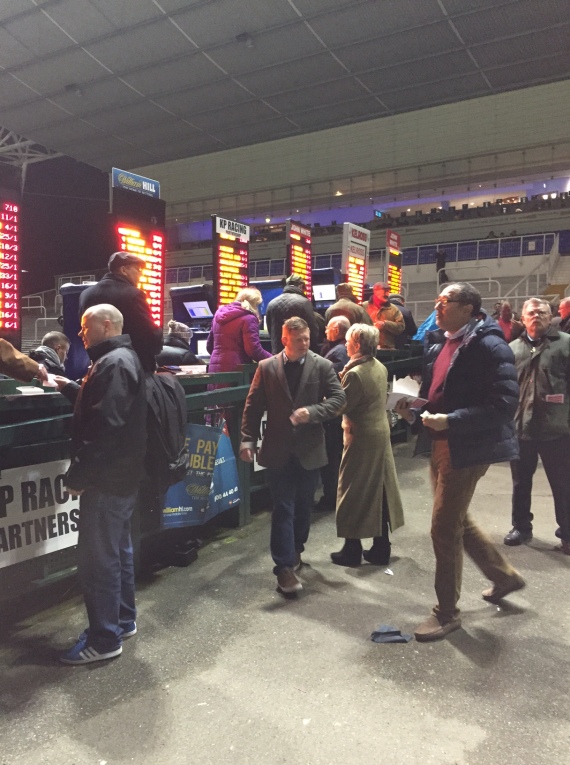 The penultimate 32Red Casino Handicap (London Mile Series Qualifier) went to the weak in the market (8/13 – 4/5) jolly. One punter got on at the top price with a monkey to win £400 but the race was marred when Biting Bullets broke down badly when still a length up and going well. Commentator Mark Johnson was almost apologetic calling the rest of the race and  facile victory. It was a nasty incident and a bit of a shame that replays were still shown on the big screen after the race. 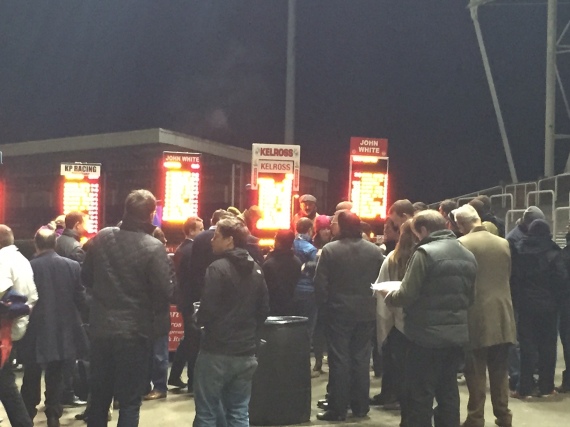 The lucky last was the, deep breath, Racing UK Anywhere All-Weather ‘Hands And Heels’ Apprentice Series Handicap and saw 11 runners and their apprentices riders go to post. There were still plenty of punters waiting to get stuck in. The bookmakers may well have fancied their chances of getting the short one beaten. The short one, Nouvelle Ere, opened 2/1 and just got shorter with sustained support eventually going off at 13/8f. At the furlong pole Megan Nicholls was looking the likely winner on  Katmai River who’d been a bit weak in the market drifting from around 4/1 to 6/1, that would do for the bookies. It would have no doubt made Megan happy too but sadly for her and the bookmakers Tom Marquand came with a perfectly timed run to chin Katmai River on the Nouvelle Ere to win by just under a length at the line.

The brace of jollies in the last two races no doubt cost the ring dear, but the decent crowd would ensure the books will be back next Wednesday evening. But before the all-weather action there’s jumping here on Saturday’s FREE entry Betbright Chase Day. Come racing!

My  (Award Nominated but sadly unplaced) book ‘Skint Mob – Tales From The Betting Ring’ is a book about the bookies, punters and other wonderful characters I have met in my time on racecourses. There have been some nice reviews.

It’s also available on Amazon and on Kindle.